I made it myself, clip art from online and MS Paint. The first image I've made that isn't ASCII art in a few years. So its not perfect. But, it is The Unapologetic Great Canadian Battle Axe to Grind. Do you think Artix Entertainment would add it to AQ3D for Canada Day this year? Probably not enough notice, or they'd be right on it. I'm sure. 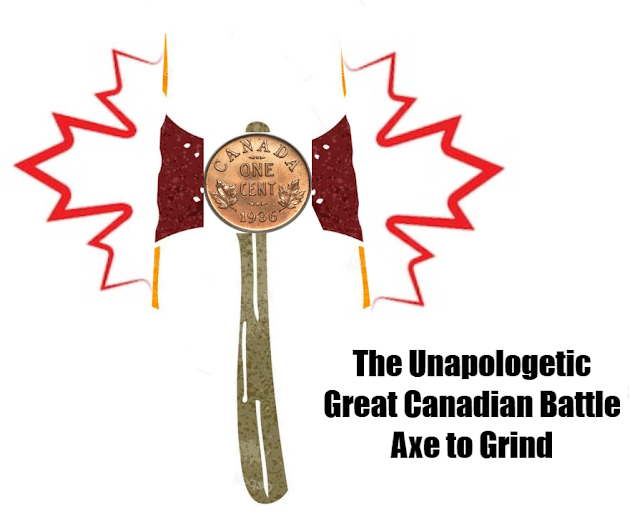 Most of the set. I switched out the sword. This one looks better with the set. 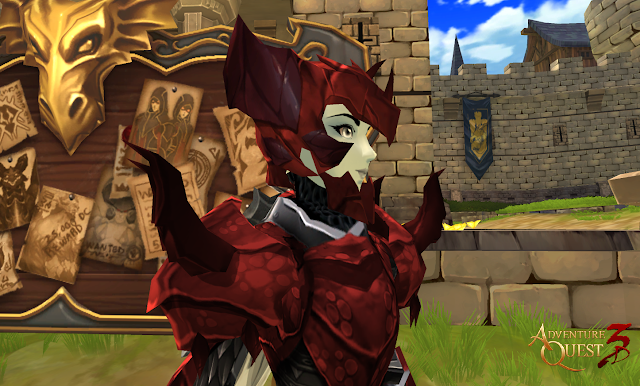 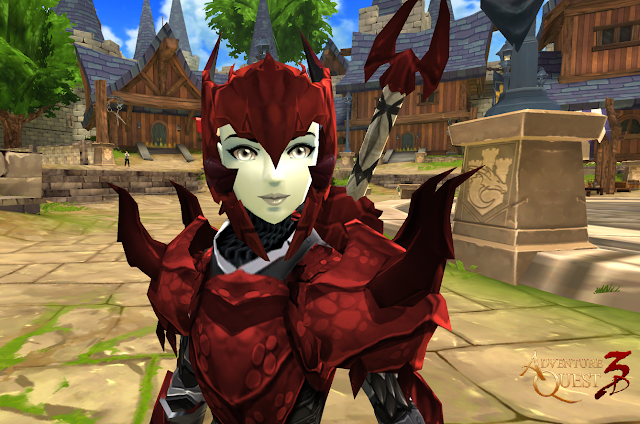 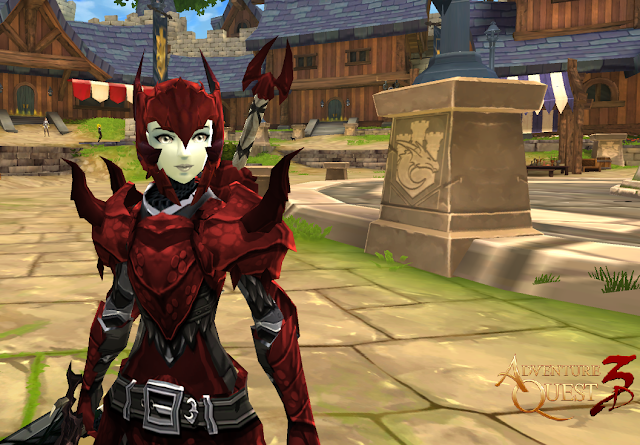 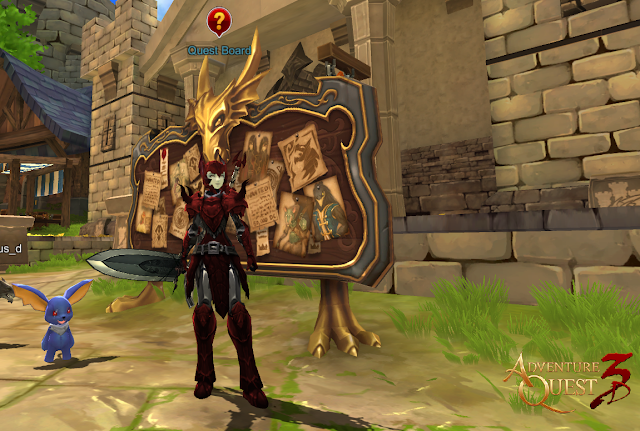 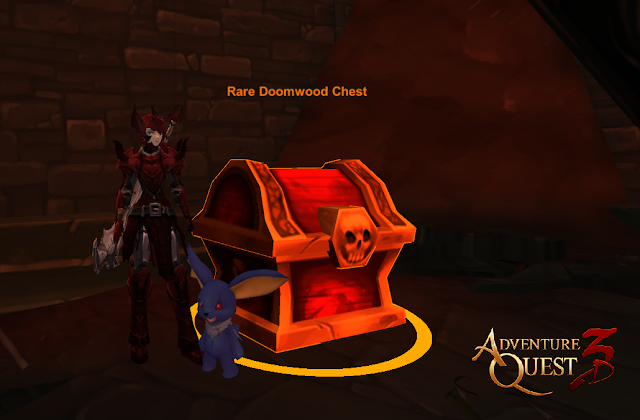 We had high hopes, being optimists, but it wasn't anything rare inside. Potions and some armour we have seen and sold before. Zorbak plushie pet was a bit let down. And, really, an axe would have been nice. Something dangerous looking but feminine too.

I'm not a big fan of PVP (player versus player). People only ask you to fight once they have checked your stats and are sure they can win. So... what is the point. My stats are down right now. I don't need to change them for any of the current quests so, I haven't. They were better before I changed to the Hardened Armour Set. So I'm getting a lot of requests for PVP now. Kind of lame.

I also deleted almost all of my friends. I had people asking me to friend them so they could fill up their quota. I am a person, not a number. Go away until you at least learn to say "Hello" to people.

I loaded up MapleStory after years and years of not playing. I tried MapleStory2, did not like it that much. Then I was much less fond of it when changing screen view caused everything to have a problem and I had to get Windows to reset my old default settings to get my screen back again. Silly thing. I miss Ubuntu but those days are gone.

Enough chit chat. Where's a good axe when you need one? 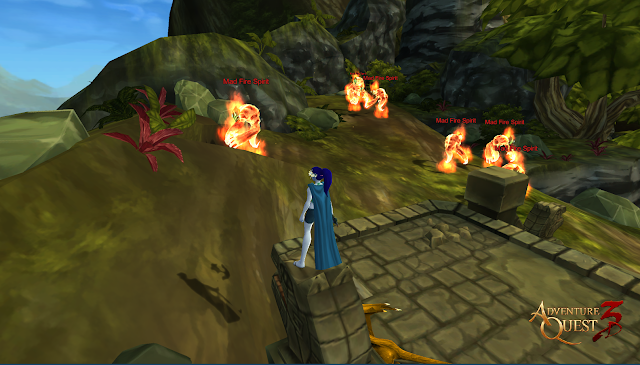 Meg is a Land Shark 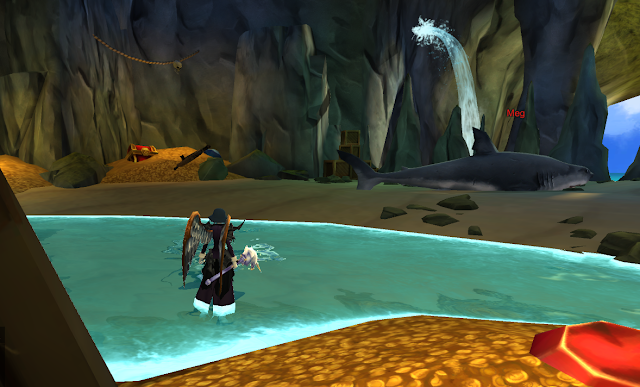 Wearing my fishing hat while looking for the baby shark. But, Meg has a few additional surprises...