For one, it is less time consuming to just post and not need to fuss over settings, tags, and this idiotic mini font in the edit screen. (Still can't read what I'm typing here). One upside for sticking with Blogger is having everything easy to find rather than always moving off into the archives I might never see again. But, even for that, what does it matter? I've got no real pressing need to keep screenshots from the game. No doubt others are doing so with more reason and better software.

So, I could move this into Twitter. Maybe give it an account of it's own. I can keep this up to redirect and make the occasional post to. Then again, do I want to have another social media account to maintain. Not 100% on that. If it were a big money maker (its not making any money, never has) that would be different.

I don't think anyone reads this. Maybe I'd get readers if I were on Twitter instead. That makes it worth considering. I can write notes to myself any time, any where. 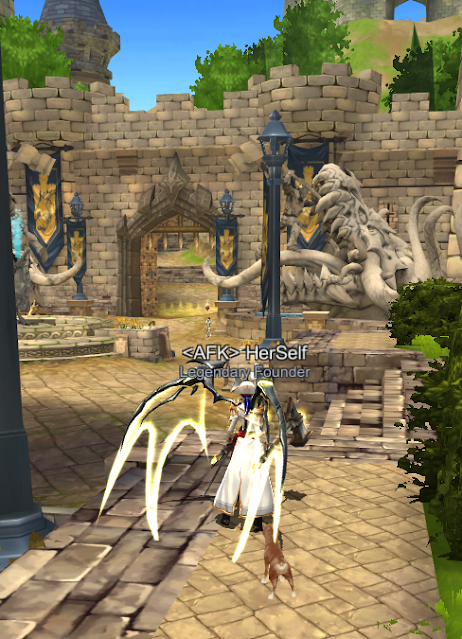 I could make back up posts here from Twitter, with my screenshots. or some plan like that. I will think about it. Meanwhile, I'm AFK in the game and don't really have much to do now that fishing is as far as it can go. I am still levelling up my Rogue class, I think 28 right now.